Dallin and I have officially lived in Brooklyn for a year now!! I can’t believe how much this place feels like home, we fit here.

Since the day we arrived in Brooklyn I have been begging Dallin to take me to see Waitress. To celebrate our Brooklyn anniversary (or maybe just to get me off his back) he finally got us tickets to see mah gurl Sara B slay in her musical.

We got to the show around 7:00pm and I was getting butterflies I was so excited. The ticket man scanned our tickets and his scanner beeped RED, RED!! My heart sank as he told us our tickets were for the 2pm show, not the 7:30pm show. I think he saw my eyes welling with tears because he quickly smiled and told us to go around to the ticket booth and ask for the house manager to see if their was anything she could do for us.

We ran around to the booth and told the house manager our sob story. She was really empathetic and told us to wait around the corner, although there was no guarantee we’d get in. 7:20pm hit and we were feeling pretty defeated as we watched couples and friends take their seats.

I was staring at the ground trying not to show my disappointment so Dallin wouldn’t feel any worse than he already did. I looked up and saw Jesse Tyler Ferguson (Mitch from Modern Family) standing right in front of me. Dallin was staring down at the tickets kicking himself for ordering the wrong ones so I was punching his arm trying to get him to look in Jesse’s direction. Jesse yelled to the manager ‘Tickets for Ferguson please” She stoically replied “Mr Ferguson, we saw you coming. Please allow me to accompany you to your seats” (people talk to you like that when you’re famous). In my mind I thought – Rich Bitches get EVERYTHING!!!

I was pretty green with jealous rage as it was 7:28pm and we were still waiting for the house manager to pull some puppet strings and grant us our miracle tickets. Dallin apologized to me profusely and accepted defeat by pulling up tickets to Friday nights show on his phone. (He loves me!!)

The manager yelled from her booth “Get up here, we can make this work!” I ran to the window and then scolded myself for seeming so uncool, KEEP YOUR SHIT TOGETHER MEGAN!! She showed us where we would be sitting on the little diagram and I tried to keep in my celebratory shouts by biting my lip. We were on the orchestra level 11 rows from the stage, in the handicapped seats but that part doesn’t matter. As we sat down I smooched Dallin and thanked him for this blessed screw up he made. We could see the back of Jesse’s head from these seats – I guess even not rich people get what they want!!

We took our handicapped seats, the curtains were drawn and I tried not to cry through the entire musical. Thank you Dallin! Thank you for making me feel beautiful, smart and loved every single day. I love you! I love our life! and I love Sara Bareilles. 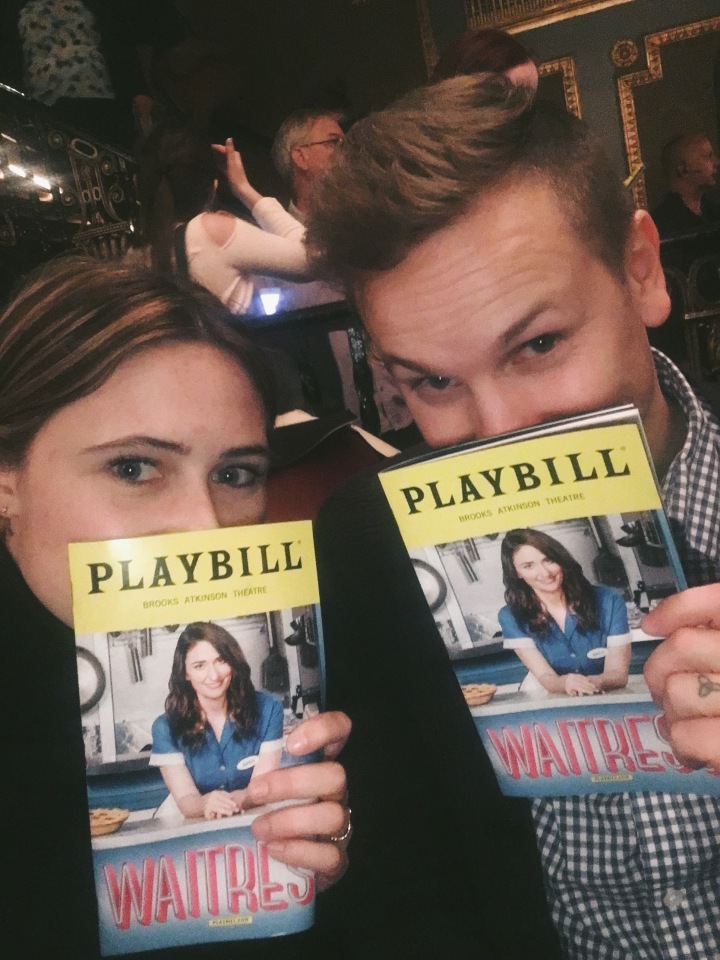 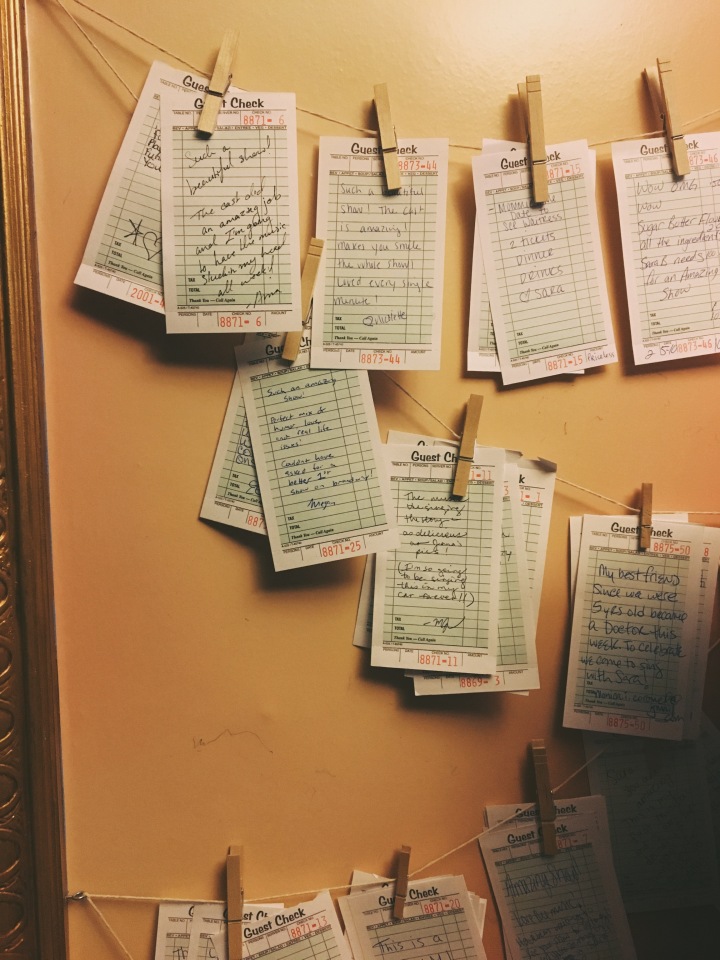